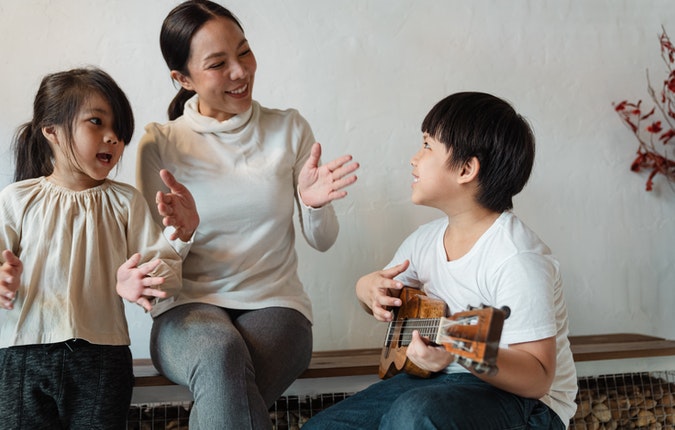 Needless to say that music has a vital contribution to leading our lives. So, if we teach music to our kids, it will give them joy and develop their talents. In this case, easy musical instruments like the ukulele for kids will be a better choice. We have compiled some ukulele nursery rhymes to play with ukes.

Verna Hills penned “The Wheels on the Bus”, a USA folk song. This song has gained popularity in many European countries, including the United States, Australia, and Canada.

Children often sing this song on bus journeys to cheer themselves up. Besides, it becomes easy for many to sing for having a repetitive rhythm. 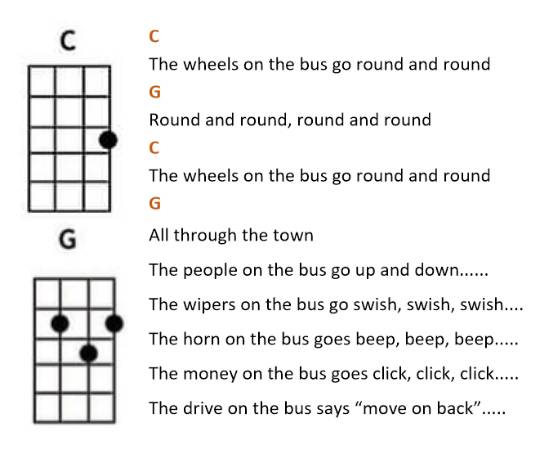 Wheels on the Bus Video Tutorial

“Incy Wincy Spider”, a nursery rhyme, and the original author of verse and tone remains unknown. The song is performed all over the world using different languages. 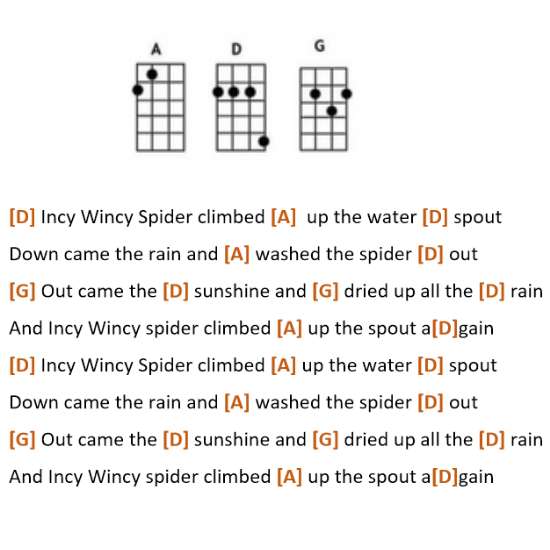 “Jack and Jill” is generally known as a traditional English nursery rhyme. The original rhyme is from the 18th century. Later each with a variation of the word, various numbers of verses were included. Also, it is sometimes familiar as “Jack and Gil”, especially in earlier versions. 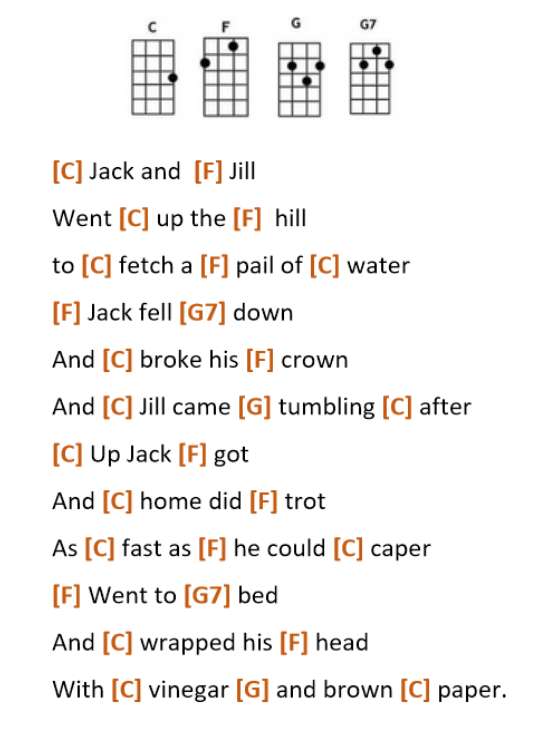 “Little Bo-Peep”, an English Language nursery rhyme, has a Roud Folk Song Index Number of 6487. The first record of this rhyme is found in a manuscript from around 1805, with only the first stanza referring to the grown-up Bo Peep, called ‘Little’ since he was small and not young. 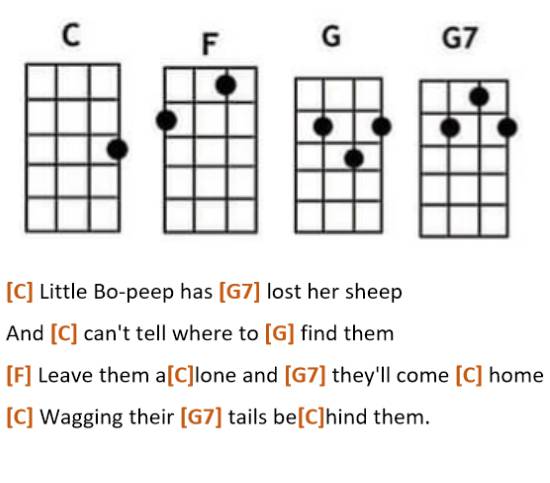 The “Hokey Pokey” is also known as Hokey Cokey in some countries and is well-familiar in English-speaking countries. It was sprung in a British folk dance with attested variants as early as 1826. 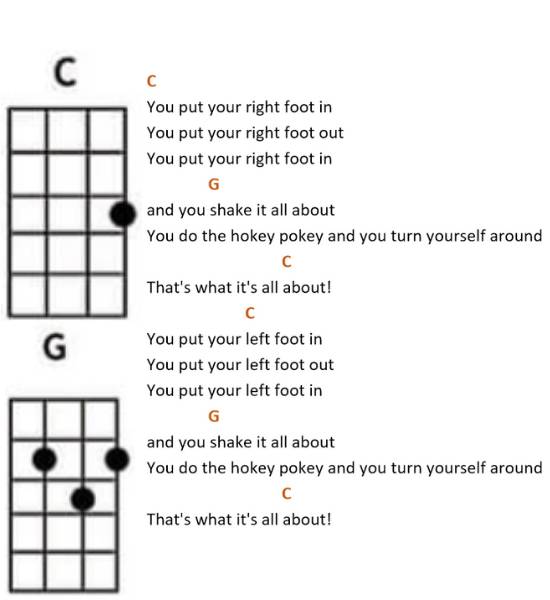 6. Its Raining, Its Pouring Ukulele Chords

The English language nursery rhyme and children’s song is “It’s Raining, It’s Pouring”. In 1939 in New York, anthropologist and folklorist Herbert Halpert recorded it known as the first audio recording of the song. It is housed in the Library of Congress. 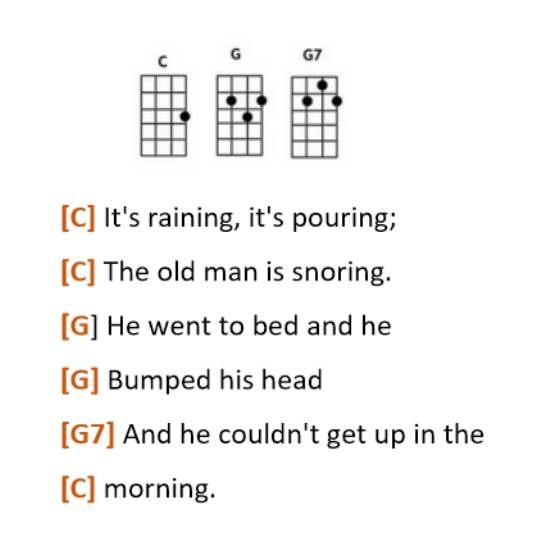 Its Raining, Its Pouring Video Tutorial

“Old King Cole”, a British nursery rhyme, was first found in 1708. Despite being much a speculation about King Cole’s identity, it’s undoubted that he was reliably a historical figure. The poem talks about a joyous king who summoned his pipes, bowls, and musicians, the details of which vary in different versions. 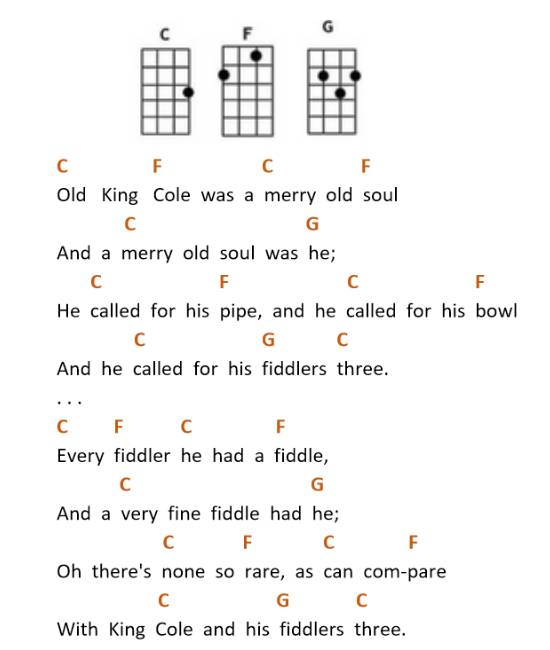 “Michael Finnegan”, an example of an unboundedly long song, can go on numerous variations as long as the singer does not want (or is made bound to stop) to stop. The schoolchildren sing it. This popular song is often performed during scouting events or as a campfire song. 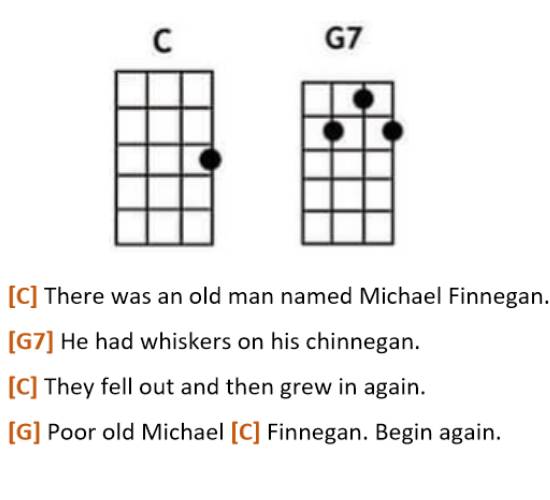 “I’m a Little Teapot”, an American novelty song, highlights heating and pouring a teapot or whistling tea kettle. George Harold Sanders and Clarence Z. Kelley penned this song, and it appeared in 1939. 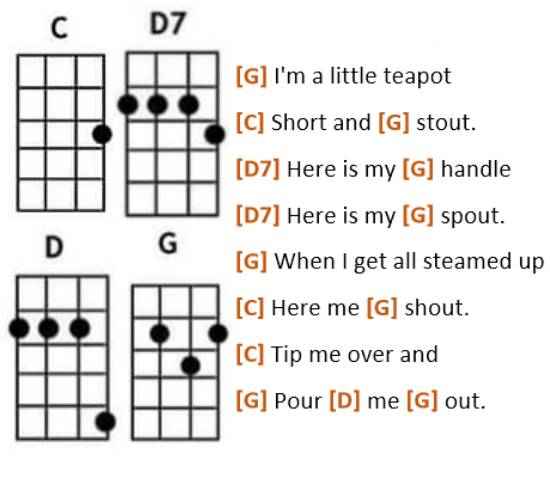 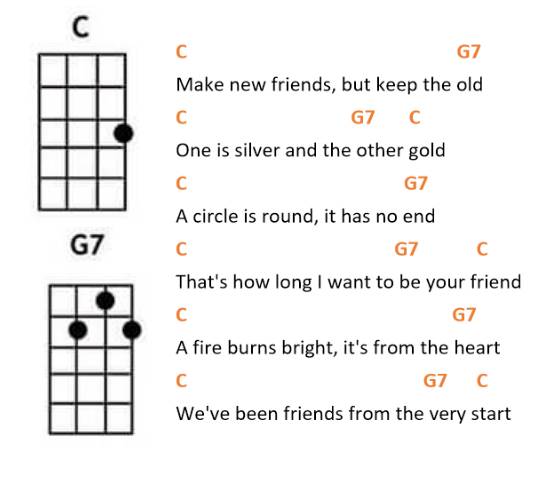 Some parents have communicated with us whether very young kids prefer the uke, and which songs parents should choose. Our opinion is that singing nursery rhymes with young children can be an excellent way for parents to develop bondage with a child.

With that in mind, we have presented some uke nursery rhymes above. These rhymes will help you spend some happy moments with your kids. Along with this, the talents of your kids will increase.

We do not say that you require uke to do this. These are ukulele nursery rhymes. So, anybody can sing them. But, if you already own the ukulele and begin to play with it – then why not?

Read our other reviews: